Create your own countdown on howlongagogo.com

People know Ori Bengal (@TheArtofOri) as the guy who makes art every single day since 2012 without fail. His pieces, like him, are playful, bold and unique. Ori’s mastery of story-telling fills his art with personal meaning for its collectors, and makes Ori’s commissions prized possessions all over the world.

Born in Israel, Ori took a decade break from art to finally awaken his destiny. On April 22, 2012 he declared to the world, “If I’m not creating, I’m not living.” Then over four thousand pieces of art later, Ori proved to himself (and the world), you really can do what you love every single day.

Ori says, “I strive to live an adventure worth telling, and to leave the world a brighter place through my art and my actions. Due to my nomadic nature, I focus on creating art digitally before transferring to canvas, metal, or acrylic panels – which I can create from the size of a stamp to the size of a building.”

Pushing his craft to higher levels, Ori is now focused on mastering new mediums (such as NFT, 3D printing, AI, and AR/VR), while using his art to raise funds for good causes. He’s done work for such organizations as Miss America, the Rodney King Foundation, and Alice Cooper’s Solid Rock foundation.

After completing an NFT series for Snoop Dogg, Ori is currently sending a collection of NFT artwork to the moon in December 2022 with six time Grammy award winning producer Malik Yusef, through his partners at Galactic Legacy Labs, Intuitive Machines and Space X, officially making his art “out of this world!”

Ori can be found online at TheArtOfOri.com and on most social media platforms as TheArtOfOri.

It's not a Painting - It's an Experience!

Excitement, tears of joy, bliss, even forgetting how to speak in non-expletives…. Receiving a painting by Ori is an experience, often remembered for life. Here are a couple of pretty typical reactions: 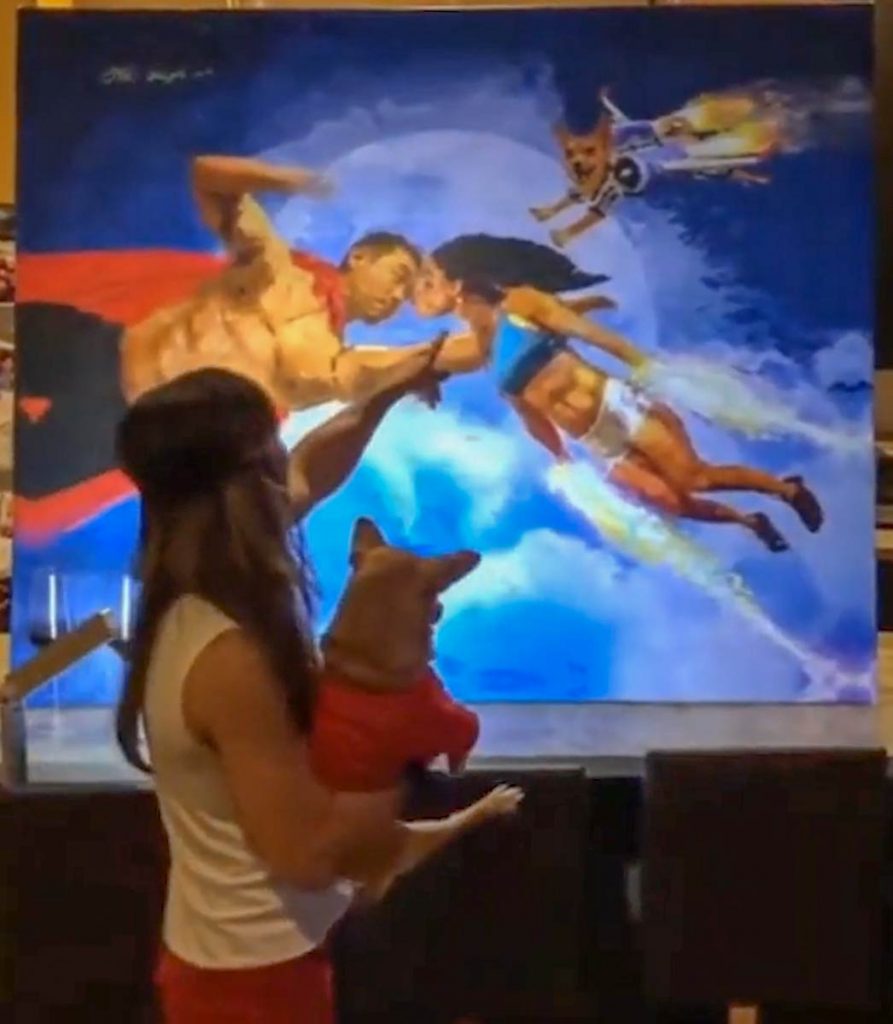 “Each year I try to outdo all previous surprises I’ve gotten my wife. I’m not sure how I’ll outdo this year. Working with Ori was easy – I just said “I want something creative with me, my wife, and our dog.” Ori asked me a bunch of questions, and did the rest. He sent me concepts, progress, and even helped me plan the surprise.

My wife has told everyone about it, and we smile and have a reminder of our love every time we walk into the room.” 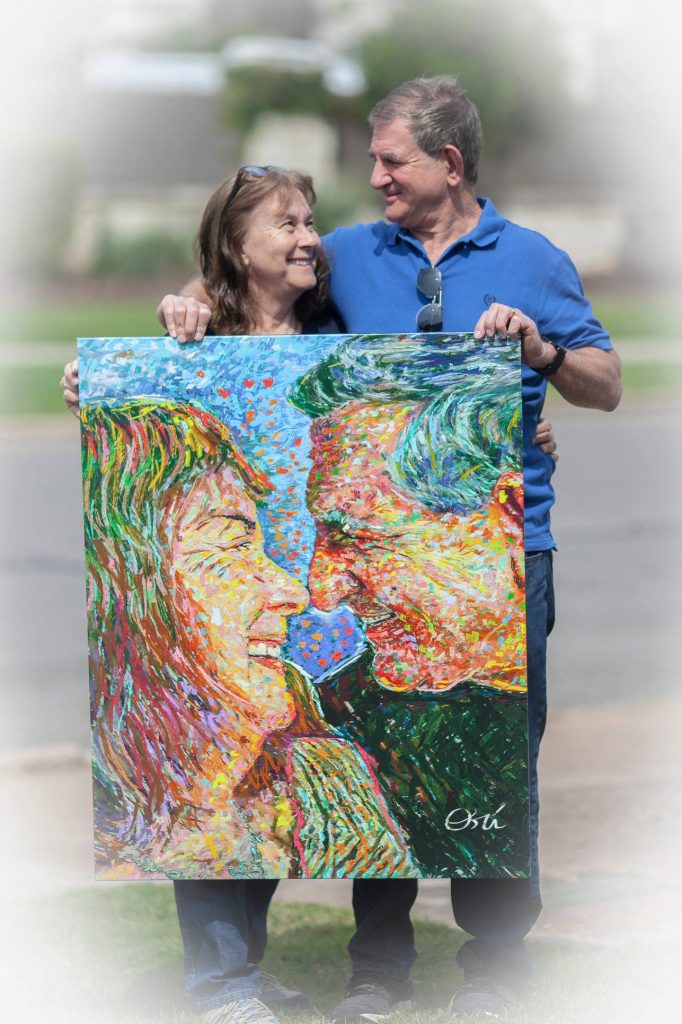 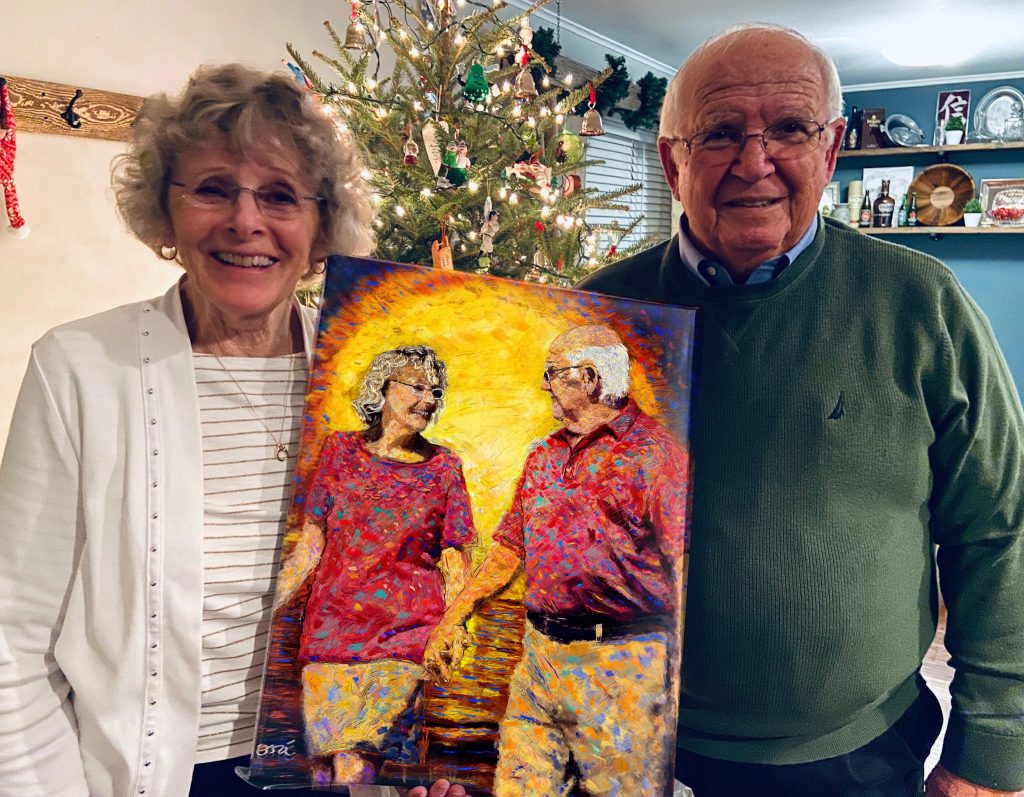 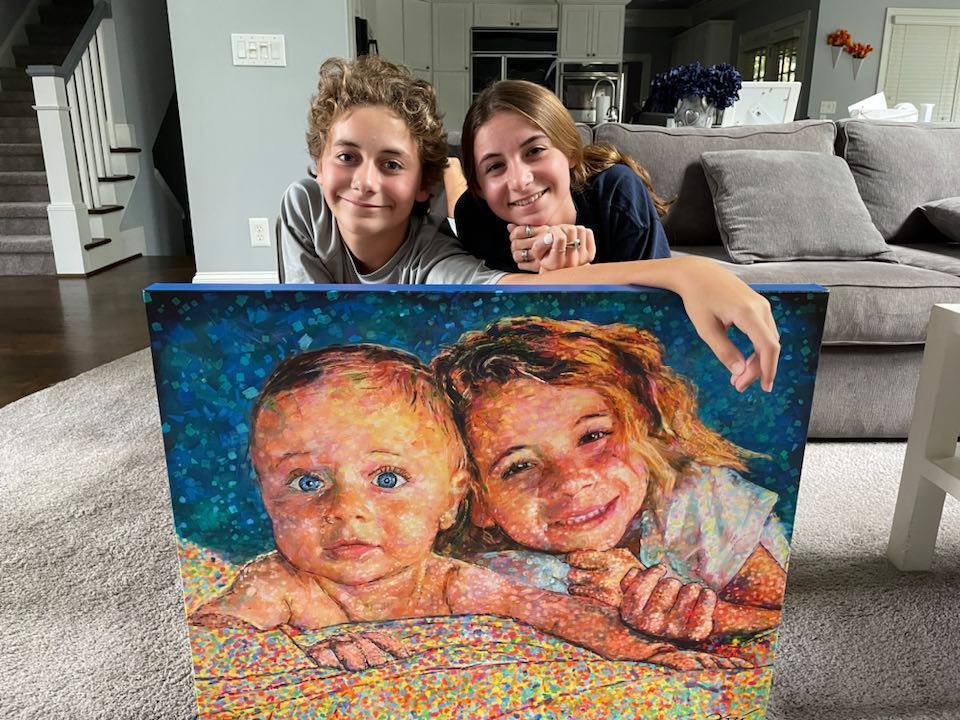 While Ori’s portraits have stolen the show at weddings, have made people cry at memorials, have been used to raise funds for people and animals, Ori paints and sculpts anything you can image, and things you can’t.

Abstract, fantasy, sci-fi, landscapes, and more.  And he not only can create a canvas for you, he can create an entire art book for your cause, a mural for your lobby, a fashion line for your foundation, and so much more.

“He sent me a message this morning that I wanted to share with you. He said “Bill, I just wanted you to know that the beautiful painting of Kelley with Jesus is the most treasured gift I have ever received” I knew you would want to see that.” — The guy isn’t that young, so… it means even more, ’cause he’s had time to get LOTS of gifts

The guy himself wrote:

“Ori, My name is Bill McManus, I am the father of Bill P McManus, who arranged to have you paint a picture of my deceased daughter Kelley in the arms of Jesus, welcoming her into heaven, I want to commend you for the incredible job that you did capturing the compassion of Jesus and the joy in my daughter’s heart. You captured a precious moment and brought my daughter to life for me once again. You have awesome talent and I consider you one of God’s Angels sent to me by my precious Kelley. Thank you so much for bringing such peace to an old man.” — and then there were tears.

Ori took our 19 year old, small, water-damaged photo from our wedding night, and turned it into a large and colorful masterpiece!

In the process he also replaced my husband’s beer with a bouquet of roses, turned the smoke from the cigar into a heart, changed my husband’s shorts into trousers, and made the colors match our decor!

Everyone that walks in talks about it. 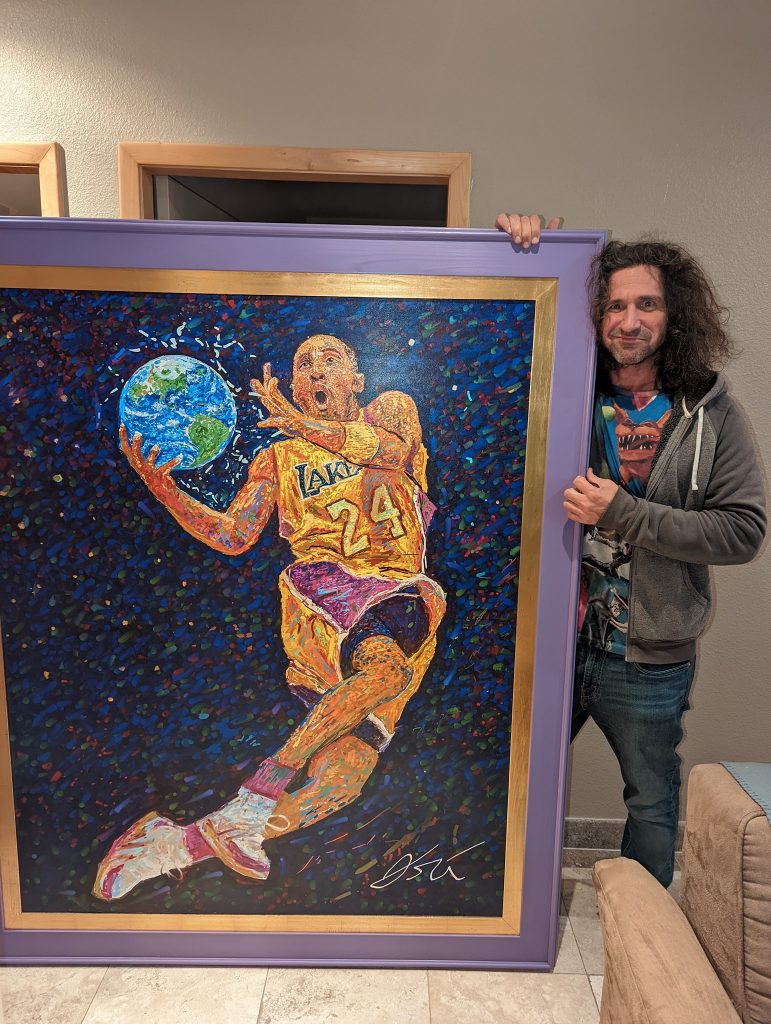 You've got the wall space- Ori will Make The Art